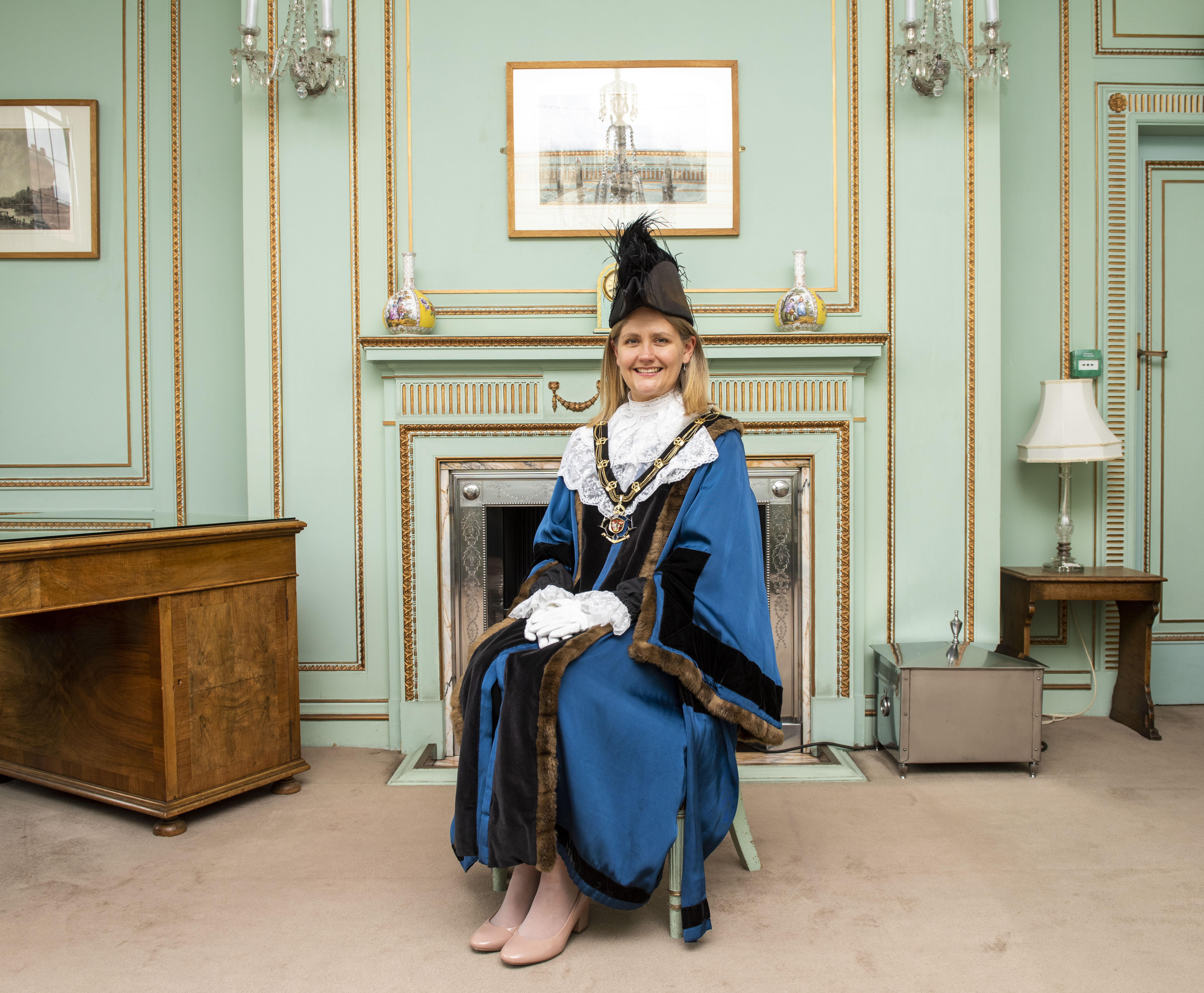 The role of the Sheriff in welcoming visitors to the city is often less formal than the Lord Mayor's.

This is especially relevant to the promotion of Nottingham's historic associations and links with the legends of Robin Hood.

The Sheriff of Nottingham is Councillor Nicola Heaton.

To promote Nottingham as a destination for visitors for short breaks, conferences, business and shopping.
To encourage local residents to use and take part in cultural/ leisure activities opportunities in the city and county.

Background of the Sheriff of Nottingham

Nicola Heaton was born in Kent in 1986, the eldest of four siblings. Her father worked as a police officer and her mother was a music teacher.

After completing her GCSEs and A-levels, Nicola attended the University of Durham to study Economics. After receiving her degree, Nicola was elected as the sabbatical Treasurer of Durham Students’ Union for a year.

Nicola was elected to the Council in 2011 to represent Bridge ward – Meadows ward since 2019 – where she lives. Since becoming a Councillor, Nicola has served on a number of committees including Licencing Committee, Corporate Parenting Board, and Audit Committee. She is a Governor, previously Chair of Governors, at Victoria Primary School in the Meadows. She also sits on Nottingham & Nottinghamshire Fire Authority.

Between 2011 and 2013 Nicola was Executive Assistant for Health, and between 2013 and 2017 was Executive Member for Community Services. In 2014, under her leadership, Nottingham was named Britain’s Cleanest City. These roles also included being the first Chair of Nottingham’s Health & Wellbeing Board, and a member of the Crime & Drugs Partnership and the Police & Crime Panel.

To support the tourism strategy for the city and county by promoting Nottingham as a destination for visitors for short breaks, conferences, business and shopping

To welcome tourists and visitors to the city at various events, including conferences and entertainment/hospitality venues

To encourage local residents to use and take part in cultural/ leisure activities opportunities in the city.

Opening new retail, entertainment or visitor attractions in the city